Bright Blessings of the Tarot 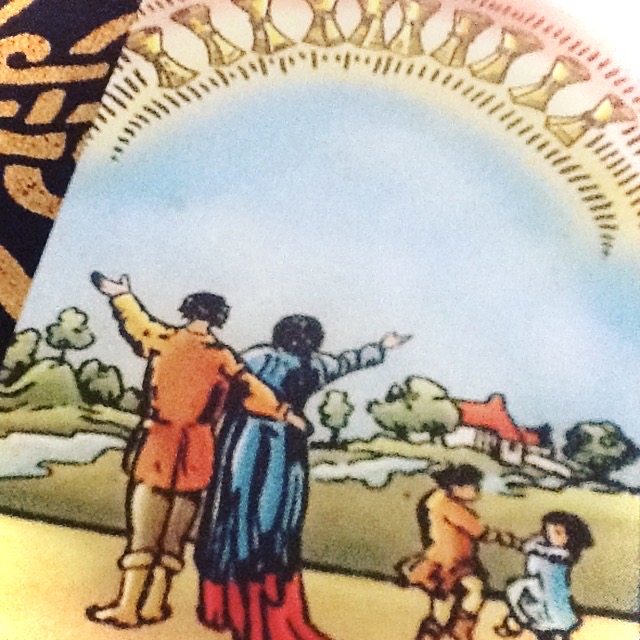 The Tarot cards have blessed my life. Coming from a devout Roman Catholic who grew up in a conservative Evangelical Christian home, this may seem to be an odd statement. It is nevertheless true.

Before I discovered the Tarot, I was basically just waiting to die. I don’t mean that I was welcoming death, or that I was expecting to die any minute. But I felt more or less as if the best years of my life were behind me, that I had learned what I could learn from life, that I had devoloped about as far as I could, and that there wasn’t much left for me but a decade or so of decline.

On a whim I picked up a Tarot deck and Joan Bunning’s book Learning the Tarot, and began to draw a single card each day, just for fun, to learn their meanings. This practice led me on an incredible journey of personal development, where I confronted and conquered limiting ideas, destructive patterns of behavior and the demons of my life that had dogged me for six decades.

The Tarot has suffered denigration for centuries. Churches have condemned it as the work of Satan. It’s been mocked as a trifle, filled with childish superstition and ignorance. Practitioners have been portrayed as charlatains who take advantage of unfortunate ones who are in desperate need of counsel. It has lingered in the shadows of society – dismissed as frivolous, illegitimate, or downright evil.

At the same time, it has remained immensely popular and fascinating, partly because of this outlaw reputation. The Tarot is the bad girl or rebel boy of spiritual practice, glancing lasciviously from across the room, striding up in tight jeans and a black tee shirt to seduce you. You know you shouldn’t, but you can’t resist at least a little flirtation.

There are some, though – surprisingly many – who take this collection of 78 cards very seriously. With pure hearts and sharp intellects, they pursue the study and use of the Tarot for the betterment of their own lives and the lives of others. They are professional readers and avid hobbiests/collectors alike. They come from myriad backgounds, relgious faiths, and socio-economic and educational levels. You will find most of them to be intelligent, thoughtful, articulate, compassionate, witty and the very best of company.

The Tarot can be used for decision making, creative problem solving, personal development, simple recreation and more. The Tarot has literally saved lives, and has brought joy and blessings to countless others. With the essays, stories and interviews I’ll be adding here, it is my goal to help bring this arcane and archaic (some say ancient) tool out of the shadows and into the light of day where it rightly belongs. We need not fear ridicule, trickery or the devil. Read on, and discover the bright blessings stacked on the table before you, ready to be shuffled, drawn and enjoyed.