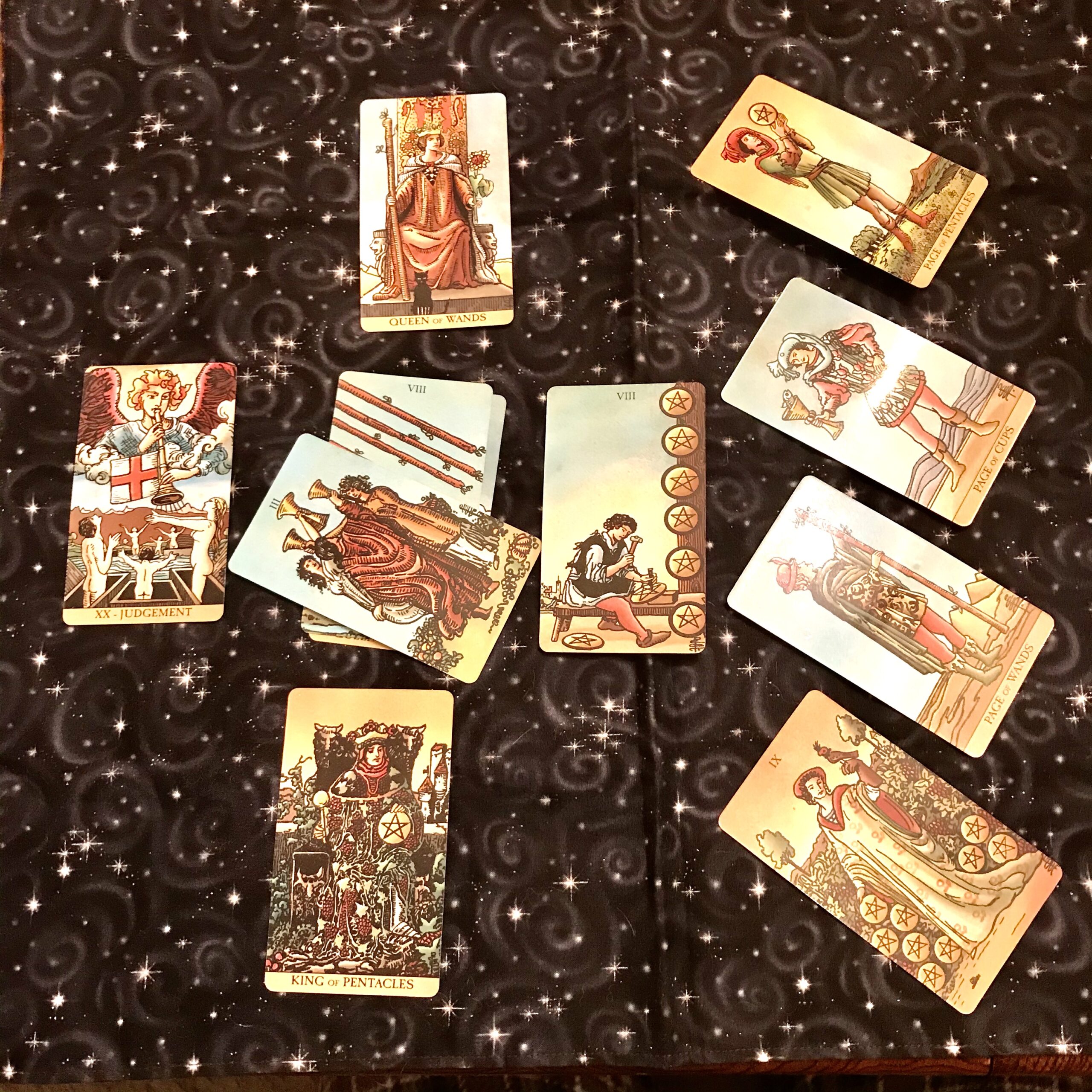 The Celtic Cross is one of the oldest and most popular Tarot spreads. Along with simple “past/present/future” three-card spreads, it is often among the first spreads that many readers learn.

Here’s some information about the history of the Celtic Cross Tarot Spread, its use and its evolution over the years.

There is some indication that people in Europe had been laying out card spreads in a cruciform shape for many years, but the first documented specific mention of the Celtic Cross spread came in the early 1900s from A.E Waite in his Pictorial Key to the Tarot.

I offer in the first place a short process which has been used privately for many years past in England, Scotland and Ireland. I do not think that it has been published–certainly not in connexion with Tarot cards…

He titles the chapter “An Ancient Celtic Method of Divination” and says that it is the most suitable mode for obtaining an answer to a definite question.

Whether or not the spread is either “ancient” or “Celtic” is hard to say. Tarot lore is filled with references to things ancient and exotic, and we have only Waite’s word to go on here. What we can say for sure is that the Celtic Cross spread is, indeed, an excellent mode to employ with the cards when exploring a definite question. It creates, essentially, a series of smaller spreads within a spread, which allow us to look at the current situation, resources, opportunities, strengths, weaknesses, appearances, hopes, fears, the surrounding conditions and more.

After describing the method for choosing a Significator card to represent the querent, Waite shows us the following diagram and list of positions. 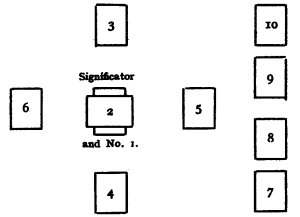 The cards on the left are vaguely in the shape of the crux of crosses found in Ireland and Scotland, suggesting the nimbus circles which surround the intersection of the arms. The cards on the right suggest the staff of the cross.

As with so much having to do with the cards, this spread has been adapted over the years by readers and teachers, informed by their own practices and the accounts of others. Some versions merely layer additional meaning to Waite’s suggestions, while others depart significantly from his process and position descriptions.

In this video, Vincent Pitisci describes how he uses a Celtic Cross spread to explore questions of what, why, how and when.

Pitisci’s approach is a good example of how ideas about the Tarot have changed over the years, and how a good reader can adapt a foundational practice such as this spread for a better fit with their own notions about the cards (and to better meet the needs of their clients).

Pitisci isn’t the only reader to adapt the Celtic Cross. A web search for the spread will return a wide variety of instructions for the spread and its use.

The Celtic Cross was the very first card spread I ever attempted, very early on in my experience with the cards. I realized at the time that I didn’t have enough insight into the meanings of the cards themselves to read with any fluency. So I read only single card draws or smaller three and four card spreads for nearly two years before attempting another Cross. When I returned to it, I was amazed at how the larger spread now made sense to me, and at how uncannily accurate the cards in this spread can be in relating to the context of a querent’s life and questions.

I tend to use the Celtic Cross when a querent has a fairly definite question in mind, and when they have adequate time to devote to the reading. In my experience reading this spread requires at least half an hour, and often quite a bit longer than that.

What I like best about this spread is that it presents an opportunity to look at the question from lots of different angles, and to have a thorough discussion about what the querent really wants out of the situation, what obstacles need to be removed, and how best to move forward.

I tend to see cards one and two as the “crux of the matter” with the dynamic tension between the two cards as the essential nature of their situation or dilemma. The crown is either the mental landscape or a “crowning achievement” and card four is either the foundation of their life, of the problem or of the solution. Card five may be a past event or influence, or it may be a resource that they bring with them to the issue. I see card six as something coming in the near term, either as a challenge or an opportunity that may be key to the issue.

Seven is either how the querent sees themself, or how others see them (or perhaps some actual tendency or part of their nature). Eight can either be physical environment, the people immediately surrounding them, or their workplace, society – or even the world – at large.

Nine is the card of paradox, since our hopes are so often related to our fears. Often, this card is the one that ties the reading together, giving insight into what the querent really wants or a critical key to getting it.

Finally, card ten presents either a possible outcome, or perhaps an answer to the question at hand.

Much to Offer, Ancient or Not

The Celtic Cross is a powerful tool for counseling and creative problem solving. It also offers a great way to get to know someone better, and to help them explore their own needs, desires and the direction of their life.

Despite any doubts about whence this spread may have come or when it arose, there are good reasons that it has survived into the 21st Century. I suspect that it shall endure for a great long time.