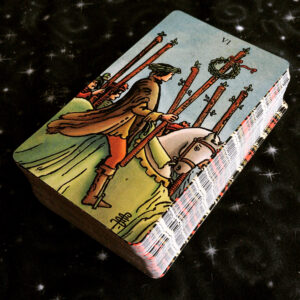 The Work Begins After The Victory

The Six of Wands depicts a victory procession. It is typically regarded as a sign of accomplishment, celebration of achievement and acknowledgment of leadership.

It follows the Six of Swords from two days ago, which I interpreted as a harbinger of better days to come after this crazy year of 2020. It turns up the morning after the US Electoral College confirmed that we will indeed have a new President in January, after a crazy four years under the current occupant of that office.

Every achievement buys us a ticket into more difficult and challenging problems to solve. May we rise to be equal to the task.