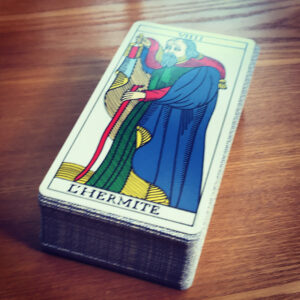 Walk in the Light

The Hermit is the card of seeking truth and deeper meaning. It may represent introspection, solitude, or finding one’s own path.

I think of this card as the emblem of the spiritual quest that began in earnest for me in early 2019.

My mother used to say, when someone was striving but wrongheaded, that they were “walking in all the light that they have.”

I think that this is all that we can ask of each other, and of ourselves.